Premise:
Waking alone on a stranded spacecraft, in the dark, the only sound a creak and a low rumble from the bottom of the ship, two crew members are disoriented and cannot even remember who or where they are or even what their mission is.Â  Lt. Payton and Cpl. Bower uncover the terrifying reality as they split up to explore the ship.Â  Fighting for their lives, the two men reveal the shipâ€™s astounding, fatal secrets. 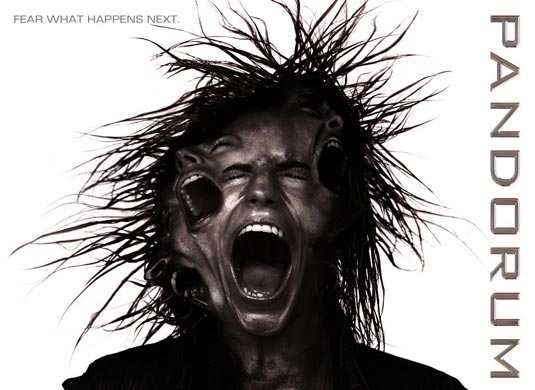 Whatâ€™sÂ  Good:
Christian Alvart wrote and directed Pandorum.Â  Born in Germany, he has directed 2 films prior to Pandorum and written 3 movies prior to it.Â  He did have a good sense of direction in this movie as he most likely did it how he envisioned it in his head as he was writing it and it shows through on the screen.Â  Having Dennis Quaid as the only â€˜nameâ€˜ in the movie was a plus as well.

The Not So Good:
While Dennis Quaid starred in Pandorum, the movie itself was not the greatest â€˜death on a space shipâ€™ movie in the world.Â  It could have been a bit more plentiful in the mental terror department.Â  There were quite a few scenes where less would have been more with regards to showing the emotions on the actorâ€™s faces.Â  The special effects could have been better as well.

Overall:
While Pandorum might do well with the teen and young adult crowd, people with a higher developed sense of taste and style in choosing the movies they see will tend to be a bit more inclined to just avoid this movie.Â  With its over-rated and dry humor, it just wasnâ€™t worth going to the theater to see a bunch of no name actors.Â  If you are looking to see a good science fiction movie in the theater, this is not the one.