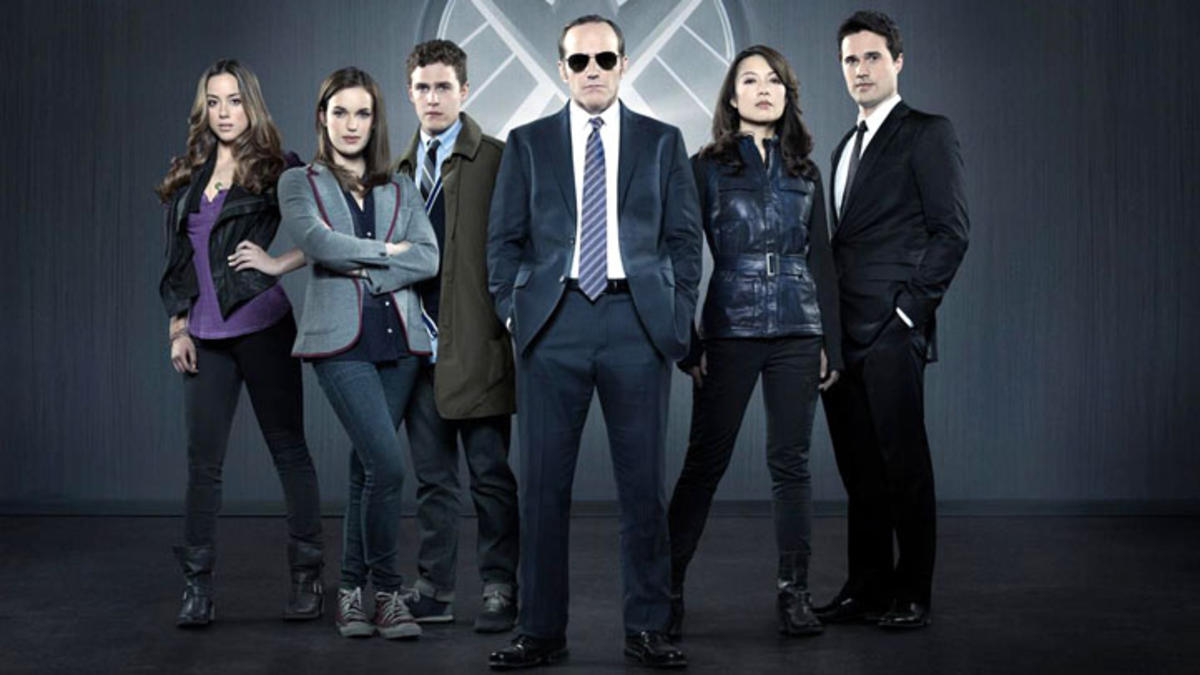 If I had to think of one word to describe the first season of ABC’s S.H.I.E.L.D., it would definitely be stressful. It started out normal enough: we had the usual weekly case of strange, sometimes alien occurrences as we got to know our six agents. And then, of course, there came the episode that was released when Winter Soldier hit theaters, that’s when things got a little messy.

Now, I’ll be the first to admit that I have never picked up a Marvel comic. I’m just not that kind of nerd. In fact, and I’m trusting you guys with my most shameful of secrets, I wasn’t into superheroes at all until I heard the news that our guy Joss (Buffy, Firefly) was doing Avengers. Now, I definitely have memories of swaying on a swing at the drive-in during the first Spider-Man as a kid, but that’s as far as my knowledge went until 2012.

So let’s dive in. Hail Hydra! From what I’ve gathered (I still haven’t seen Winter Soldier), Hydra is an organization hell-bent on death and destruction and their infiltration of S.H.I.E.L.D. runs deep. There was that heartwrenching episode that had us convinced that Coulson could be Hydra without even knowing it! It made me very unhappy. And then, all of a sudden—WARD. What are you doing Ward? He’s just pretending, right? He didn’t REALLY shoot Agent Hand…right? 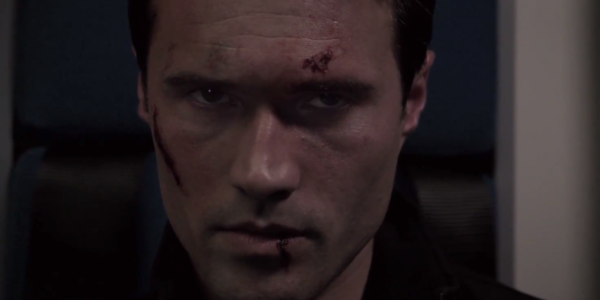 Garrett and Ward have been wreaking havoc on our agents for weeks now (damn it, Garrett, I really liked you), and the preseason finale was the LAST STRAW. Fitz and Simmons are, in my opinion, untouchable. That’s why when Simmons tried to sacrifice herself near the beginning of the season, I was about to be done. Sure, Skye can get shot in the gut all she wants (can we admit that she was super annoying the first half of the season?), but DO NOT mess with our geeky duo.

So as soon as Ward ejected them from the plan, in some air tight cargo hold, it was all over. Ward cannot come back from that.

So yeah, Garrett’s kind of crazy. I mean, he was already that way before, but now he is downright nuts. He took a dose of that one miracle drug and now he is hyper excited—y’know, just scratching lines and circles into a window.

FITZ AND SIMMONS ARE ALIVE! They’re at the bottom of the ocean. Poor Fitz, whose arm is broken, seems to have lost all hope of getting out of this mess. Simmons gave a really great performance about dying and turning into supernovas, until she uses her “super brain” to get them out.

As they prepare to blow the window out and escape their would-be watery tomb, Fitz explains to Simmons how he managed to get her one good breath of air. This is when we all realize that Fitz doesn’t expect to come back from this. Commence waterworks. 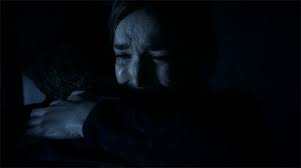 Fitz finally admits to Jemma Simmons that she’s a lot more than just his best friend! Before Simmons has much time to argue, Fitz turns away and blows out the window, causing Simmons and the rest of the world (or at least me) to collectively scream “NO!” before we’re underwater. She pulls Fitz up with her and there’s this moment where I’m like “Now what? They’re in the middle of the ocean and she’s carrying a passed out Fitz.” And then, SAMUEL L. MOTHERF—er, well, you know, is hanging out of a helicopter to pull them out! YES!

All right, so after that, Garrett does his reckless thing and rips a United States general’s heart out of his body—which, understandably, angers the rest of the soldiers. The Girl in the Flowered Dress informs Ward that they need Skye for something, which Garrett told her because he’s got some new superpower that makes him know things.

Skye and Ward are face to face once again as he taunts her about her inability to mindlessly kill people. She distracts him long enough to deliver the line, “I have a weapon much better than a bomb that will absolutely destroy you.” “Why’s that?” “Because you slept with her, and she’s really pissed off.”

At last, Agent May gets to use all of that rage she’s been holding in to open a giant can of whoop ass on Ward. He tries to lighten the mood by commenting about how this reminds him of “the old days” before she replies with, “You were never on top.”

Agent Fury and Coulson have some of the best chemistry on television. WHY has Samuel L. Jackson not guest starred until now?

Skye goes after Deathlok’s (Mike Peterson’s) son and he’s soon reunited…with his Hulk action figure. She reveals that she’s been communicating with Deathlok the whole time, and she sends him a message that lets him know that his son is safe.

Dad, what are we?

He immediately turns on Garrett, who tries to convince Deathlok that he can translate the words of creation. Deathlok finally puts an end to that wacko Cyberman—or so we think. He somehow manages to crawl into this chair where, quite painfully, he transforms into a full-on machine (aside from his head).

Now, I thought that this was how the season would end—Garrett the crazy Cylon/Cyberman intent on getting his revenge. In true Whedon fashion, just as the music swells, Coulson obliterates Garrett with a bulky laser thing, shouting, “Hey guys! I found it!” He casually walks out of the room with it, not even giving Garrett’s remains a second look.

Coulson and Fury finally have their conversation about Tahiti and Fury reveals that Coulson will be rebuilding S.H.I.E.L.D. himself, from scratch. As Director Coulson bids farewell to Fury, Fury reveals his glassed over eye (he’s been wearing sunglasses this whole time) and states that he will be everywhere. (Did I miss something?) 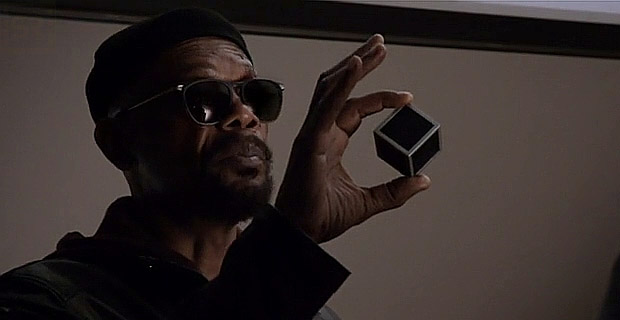 And then our heartwarming reunion with Jemma Simmons, where Skye asks if Fitz is okay. All that we get from her? “He’s alive.”

WHAT???? Patton Oswalt! He’s now Billy, not Eric! It was pretty creepy how his meeting with Coulson was basically the same as when we met Eric, who sadly died. So, does S.H.I.E.L.D. have clones?

Another cliffhanger, our Girl in the Flower Dress walks into some rundown building. She’s speaking with someone we can’t see. All we get a glimpse of is his dripping, bloody hand as he picks up a picture of Skye and is told that she’s his daughter. SO, WHAAA…? I guess we’ll cover that mystery next fall! RIGHT?

ONE MORE cliffhanger! Coulson gets up in the middle of the night, and begins scratching into the wall the SAME designs that Garrett was in the beginning. Is Coulson going bonkers too?

Don’t worry, Marvel fans. Season two has been confirmed to premiere on September 23 (um, my birthday!) and I’m positive it’s going to be one hell of a ride! 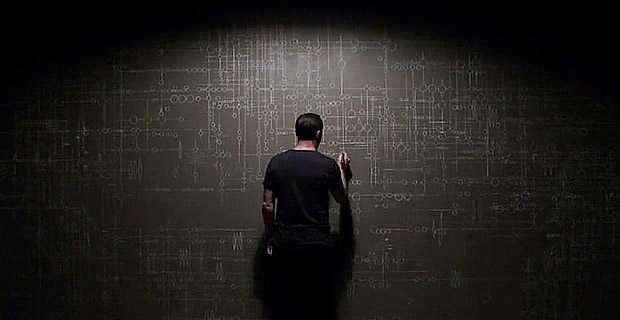