Legend of the Seeker Review – Seeker is one of the best fantasy TV show in last decade.

Premise:
Legend of The Seeker follows the story of Richard Cypher and his protectors Kahlan the confessor and Zeddicus a wizard of the first order. Richard was named as the true seeker by Zeddicus and they set out to free their home land from the grasps of the evil tyrant Darken Rahl. As the story progresses you learn that Zeddicus is not only Richardâ€™s protector but also his grandfather as well. As it rolls into the second season you also learn that Darken Rahl is Richardâ€™s brother.

WhatÂ´s Good:
With each episode you see an amazing story taking place. The acting is spectacular. The effects and creatures through out the movie are so amazing and lifelike. The show is definitely a must watch as it keeps you on the edge of your seat begging for more. 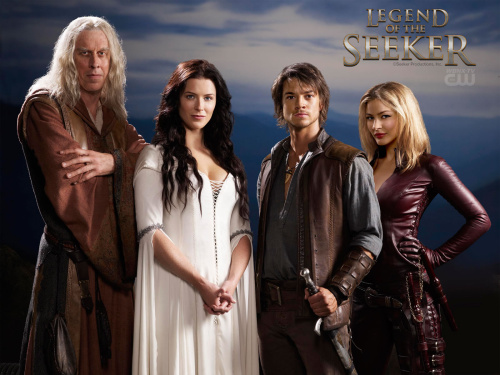 Legend of the Seeker Review

The Not So Good:
It is really difficult to find the bad things when you are watching a show such as this. However some faults lie within the story itself that some people find unfair such as the love that is between Richard and Kahlan and the fact that because of her powers they can never be together as a couple. The only other bad thing you can really say is that when the episode is over you simply have to wait another week to see what is going to happen next.

Overall:
This show is very much spellbinding and an edge of your seat thriller that can be enjoyed by everyone of all ages in the family. There is always a moral to each episode that teaches a great lesson of strength, loyalty and so many other lessons that are great for the younger generation to learn from. Each episode leaves you spellbound and begging for more as it rolls to an end.