Two boys Max (played by Ethan Seuss) and Dylan (played by Cooper Dodson) are out hunting are confronted by a walker but saved when a small plane crashes nearby. They observe the crash site and when more walkers nearly overrun them, they’re saved by Alicia (played by Alycia Debnam-Carey). 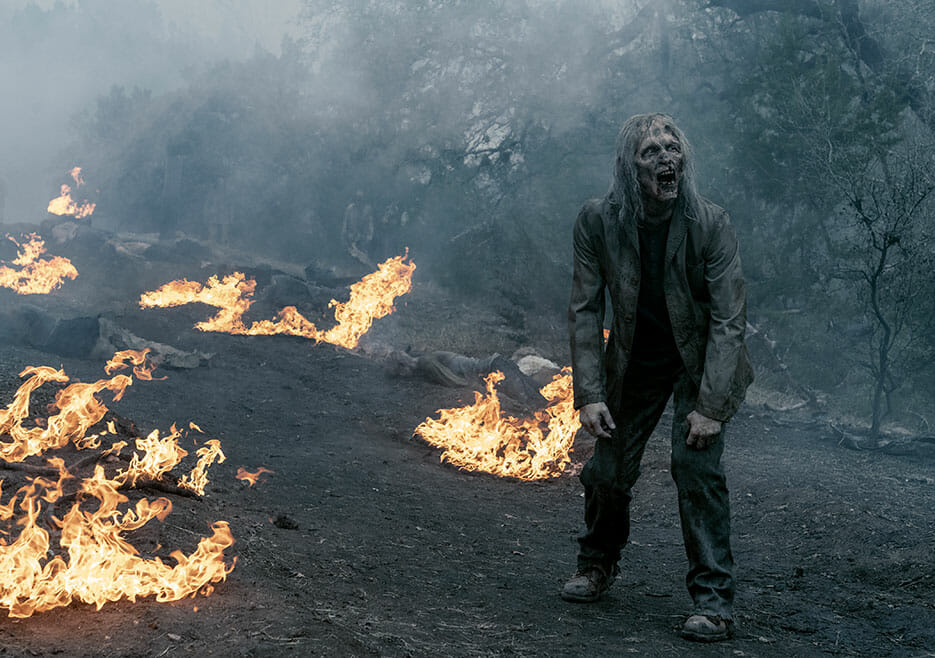 That landing could use some work.

Opening the season with a plane crash was cool (although its also been done on the show before, beware being too repetitive), but having a drawn-out action sequence is fun. I also love Luciana being the one pinned down because if she dies it’s not a huge loss. It’s nothing against the character but of everyone in the cast she’s the least developed and losing someone like Alicia or Morgan would have a bigger impact because they’re such big characters. At some point someone had the idea that flying supplies would be faster, but nobody seemed to consider how much harder that’d be. Maybe they hoped speedy delivery would impress Logan and his crew but unless they’ll be leaving reviews on the side of the road slow and steady is better than fast and possibly dead; but they do get an A for effort.

Annie warns the area is more dangerous then they realize, driving them to a road where walker heads decorate the trees and are strung by their intestines between trees. At first reluctant, Annie agrees to drive the group to Logan’s people after they remain steadfast in helping the first people who want/need it. However, when they arrive at the truck stop there’s no sign of Logan’s people or walkers. Alicia is suspicious but June must work on Luciana, Morgan tries to offer Max, Dylan and Annie a place in their group, but they refuse and leave. Morgan finally contacts Logan and find out he’s at the denim factory they made their base; Logan originally owned it and he tricked them into leaving so he could reclaim it without a fight. Strand and the rest of the group return only to find the factory taken over but after a brief standoff they leave. While they plan to retake the factory, Strand works to get to the others. Watching a tape from the crash Althea wants to go back to the site believing there’s a story to be found. 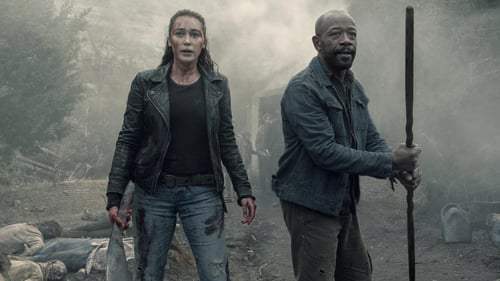 Back to the grind.

Someone out there has a sick sense of humor (or a great flair for decorating depending how you look at it). The group get to the truck stop and it’s empty; surprise (not really) something is up although the result was unexpected. The group lost their home but it’s to the guy who actually owns the factory, rather than fight and possibly kill them for its Logan slipped in after they left. Logan wants to cut off the supply chain and is clearly the new villain, but can you be mad at someone who just wants what is rightfully his? The short answer is yes, deeds and laws mean nothing now and he has the air of a villain so game on. Althea’s journalistic spidey sense goes off possibly by the ‘radiation’ signs by the crash site (which seriously how was that not brought up?). It’ll be fun to see Althea putting her skills to work aside from interviewing people, and who knows she may stumble on something interesting.

Alicia is furious that they almost died and have now lost their home to the very people they tried to help. Morgan refuses to give up on helping people and even wants to track down Annie and her brothers, believing it will help make up for any wrongs they did in the past. Strand watches an old video of Althea’s and finds a tape with Daniel (played by Ruben Blades). Althea goes back to the crash site and recovers documents from a walker in body armor but gets tasered by someone in the same armor.

Alicia is officially over helping people especially when they end up screwing them and it will take more than some inspirational words from Morgan to keep things going. Daniel is coming back into the mix and that’s great, he was one of the more complex and interesting characters when the show first started. Althea found her story and got to be happy for about 30 seconds before she became a prisoner; my bet is a government conspiracy of some kind that out of habit they wanted to protect.

Daniel’s tape was labeled ‘Skid Mark’ and I can’t wait to find out why.

“I didn’t think that anyone could help me, not even you…until you made me believe it. So that’s all we have to do…find a way to make other people believe it too.”

After this I think these guys are going to stick to cars over planes for a long time.