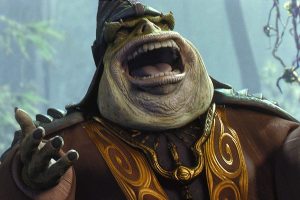 Did We All Lose Something To Good CGI?

CGI and special effects. We all complain about those, don’t we? But, as fantasy and science fiction fans, CGI is a necessity for most of “our” films. If we want aliens that are truly alien, if we want to see other planets, and we don’t want it all looking plastic and laughable, then we must deal with this technology and somewhat support it.

Now, that said, there’s a swing lately to doing more shots with strictly practical effects and I think that’s wonderful—but it’s not something that every movie/show can do. Mad Max: Fury Road, for instance, was a masterpiece of…well, everything, but practical effects too, but you can’t expect that of smaller films. 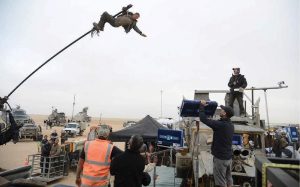 Sometimes Cheap CGI Is The Only Real Option

This is a problem in video games, too. It’s not my medium of expertise, but, to my understanding, the push for good graphics is leading to games costing too much. Human labor being controversially too strenuous.

I like spectacle as much as the next guy, believe me. Lightsaber fights and wizard duels and Asgardian weapons are all amazing. But is it causing maybe a stigma? Are we too used to it, expecting it, demanding it? Even television shows now must have big budget scenes if they want to compete. Think of how much work (and money) goes into The Orville, The Walking Dead, or American Gods, just to show something cool. But indie science fiction, like the short films a lot of beginning creators want to do, can’t have effects like that. Small production companies can’t do stuff like that. Should the entire genre be closed to them just because not enough people are willing to see Twilight Zone level effects without the benefit of nostalgia? 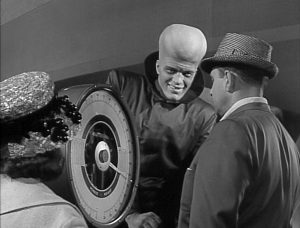 I don’t think so; I hope not. Good stories are good stories. Sure, we want the flash and the bang of absurdly expensive explosions, but, I hope, with already how consolidated media is getting, we don’t leave alone good films just because they can’t throw around millions on the shiny stuff. We can’t leave the discovery of the next Tarantino or Hitchcock entirely to big movie corporations. Too many talents would assuredly fall by the wayside.