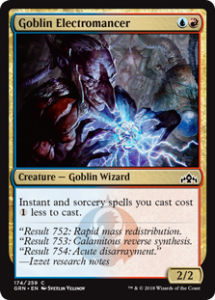 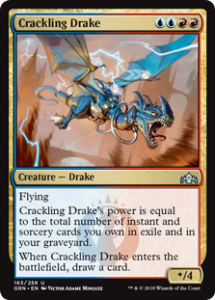 So, you play Standard at your local FNM, but what you really want to play is a deck that is like something out of Modern?

Well, until Wizards of the Coast decides to ban Arclight Phoenix, you can do just that. For the price of playing three instants or sorceries in the same turn, every turn, you have an endless army of 3/2 hasty fliers that hit like a truck.

And, yeah, I know the deck has been around for a while and with the release of one of the challenger decks it’s even easier to get ahold of all the cards needed for the build (Arclight not being $30 helps) but, War of The Spark added some new cards that, upon some personal testing on Arena, reveals that the consistency of the combo is even more ruthless. Like, I don’t know what the exact math that changed is but getting down multiple Phoenixes feels much easier than before.

But, what, specifically, are these quality-of-life-improvement cards that take the deck to a new level? 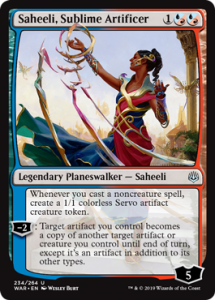 In most decks that use her, her one ability doesn’t seem to come into play much. Not so in this deck. She gums up the board quickly and, then, a turn after you have an Arclight (remember, Phoenix’s ability activates at combat, so you can’t use it on a fresh Arclight Phoenix) you can clone the Arclight and hit for extra. 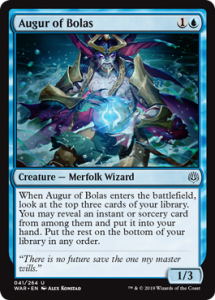 Some decks don’t use this card at all—but I find it to be an inclusion to consider. You don’t need many of him, but he keeps the board locked for a turn against aggro and helps you storm off when you need to revive your Phoenix(es). I recommend 2 if you’re going to use him. 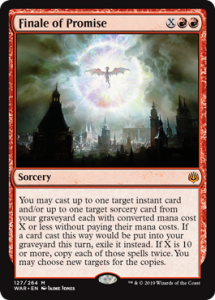 Ah, the big one. The card that possibly revitalized the deck. It’s unassuming on its own, honestly, but, in this deck, it reads “revive all Phoenixes.” You pretty much must cast it as a 4 drop, because the deck has usually no sorceries at one mana, though some decks might include one for this reason. But, even if cast for 4, it’s a Lava Coil and a Shock to clear the board, or an Opt and a Chart a Course to draw cards, or a combination, and boom you’ve generated a devastating swing of power. Just remember that split cards have a collective CMC, so you can’t target Discovery/Dispersal. 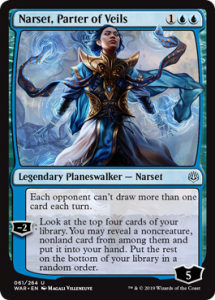 Narset lives in all blue sideboards, but she’s especially good here in the same way Augur is. She’s so good, she might deserve to be in the mainboard. 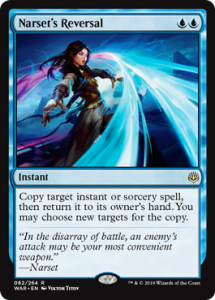 Because it literally RUINS the day for any deck that tries to take an infinite amount of turns against you, it’s also great in the sideboard. You can also use it to chain more spells for cast triggers.

Arclight Phoenix is, in my humble opinion, one of the more fun decks to pilot in standard, and not horribly expensive to do so, either. It’s strong against most decks, and it will teach you to rely on card odds on a whole other level. When playing it, you slowly build a sense of what your odds of hitting a spell from a Discovery is and get in tune. If you’re not interested in RDW, but still want to kill an opponent quickly, this is the combo-aggro build for you.